The particle itself would be just the grey threads (or strings) in the picture (no color and a lot thinner of course).
It would fit perfectly inside of a dodecahedron.
Actual thread (or string) length is about one Ångström and it is fine enough where 10 threads (20 radii) could curl-up into the size of a neutron.
Thunderbolt & Lightning, Very, Very Frightening Me!

If lightning strikes in your backyard you will hear an immediate and very loud clap of thunder. If there is NO rain it is easy to also hear the very low pitched thunder rolling smoothly away off into the distance.

If you are at "A" and the lightning strikes and claps at "A" it starts an expanding shock wave in the air that expands away spherically.
The shock-wave is so powerful it disrupts the atmosphere and what you think you hear as thunder rolling away is actually the shock wave instantaneous clap being reflected back - over and over and over.
The shock-wave traveled from A to B in one second and it keeps going.
But if you were standing at any point along the path for instance "B" you would still hear the initial strike and clap as it passed by you at the speed of sound.

Got it?
When the sound is approaching you - you hear nothing because it did not reach you yet.
When it hits you hear the loud clap.
After it passes you: you hear the same sound racing away at the speed of sound and being reflected back at the speed of sound (the actual sound keeps getting further and further away though). That why it is turned into a low continuous rumble.
This is NOT like hearing a Doppler shifted train whistle racing away. There the whistle sound is actually created by a mechanical mechanism in the train.
With the thunder - the rumble sound is create by another sound - nothing physical.

If you are at "B" and have good ears and think you hear the thunder at "C" the actual sound clap event is already at "D".
In the time it took the sound from "C" to travel back to you at "B" the clap has already moved on to "D". 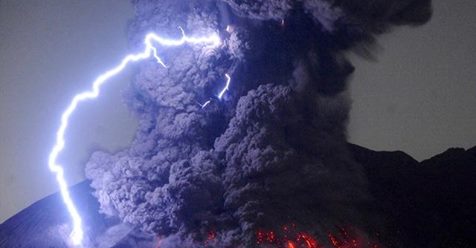 The lightning bolt temporarily folds up a section of lattice making it longer.
If you have a 10 x 10 piece of lattice and squeezed and pushed the width into size 9 it would make the length approx. 11. Same thing is happening with lightning - lightning is only about a pencil thickness wide but by folding the width and increases the length it has to scrunch-up like the volcano picture clearly shows.
So, if the lightning bolt happens between points A and B and the distance is 10, the lightning itself has become 11 length and scruntches its size eleven into a ten.
NOTE: there may be other reasons but this is also happening.

Takes time to scrunch
Light travels at approx. 299,785 kps (kilometers per second)
Lightning travels at speeds of up to 89,408 kps
The Speed of light / The Speed of lightning = 3.353
Lightning happens in a lattice-type thread network.
Bolt width is squeezed down to about 1/4 inch and that increases length - that is why it scrunches up like it does and why the speed is slower. 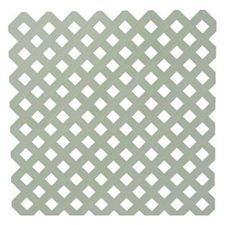 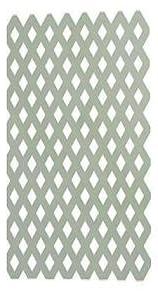 ~~~~~~~~~~
Ball Lightning
~~~~~~~~~~
Ball-Lightning is a spherical tear in the fabric of space - actually a hole.
We all know what happens when a fish-net stocking gets a tear - it forms a circular hole in the mesh and the threads form a thicker build up around the edge of the circle. The same thing happens with ball-lightning - but it is 3-D.
The vibrations would of course travel around the sphere and since we can see ball-lightning it means it is losing some of the vibrations to dissipation (which of course is true and would happen regardless of theory).
If it explodes: that just means it lost containment.
It is actually working the same way as an electron thread-mesh cage does but it is of course much larger and there is nothing keeping it in formation (being attached to a nucleus).

UPDATE: I never really believed the Big Bang and now with quantum boom! theory: I never will. The section below has become outdated. Everything is still valid in terms of big bang and worth a read if you believe big bang but you will also need QBT...
Please use the new and improved Quantum Boom! Theory for all of your cosmological needs, thanks.
When the Big Bang happened it disrupted the fabric of space itself in the same way a one time thunder clap continuously disrupts the atmosphere.
When you detect the CMB you are actually detecting the "thunder" of the Big Bang. But it is happening as electromagnetic radiation of course.
The CMB is actually the Big Bang clap happening over and over and over but it is red-shifted down to microwave spectrum.
This is why the CMB appears to be so smooth - like thunder it is actually all the same - one - thing. It is Continuously Discrete.

p.s. if you read the paper and think about the way the sound of a lightning crash really works - you will realize the Krakatoa explosion and the sound it made must have been a lot more than just one sound expanding and travelling around the world spherically.