The thread unit itself would be just the grey threads (or strings) in the picture (no color and a lot thinner of course).
It would fit perfectly inside of a dodecahedron.
Actual thread (or string) length is about one Ångström and it is fine enough where 10 threads (20 radii) could curl-up into the size of a neutron.
Black Hole Strength Gravitation With Zero Mass

If there are 2 stars in a binary system orbiting each other:

Now we can add more stars...

There is actually nothing there - it is just like a ball of pure curve.
With 4 stars the curve ball number would be 4.
As more and more stars are added it will create an ever deepening gravity well.

With one billion stars in a galaxy the curve ball number would be one billion.

1 3 5 ● 5 3 (one billion) 3 5 ● 5 3 1
It is well known there is a direct correlation between the number of stars in a galaxy and the size of the black hole in the center.
There is NO need for a black hole. The same ratio will happen with a "curve ball" but it explains it with an actual reason. 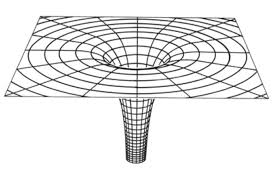 Note: A "curve ball" in the center of a galaxy will create a deep gravity well and have a massive amount of gravity.
The massive gravity will be misinterpreted as something with mass, but there is nothing there.

That means there can be gravity without mass.

Black holes are of course possible, but the huge amount of gravity in the center of a galaxy could also be caused by nothing - just a ball of pure curve. 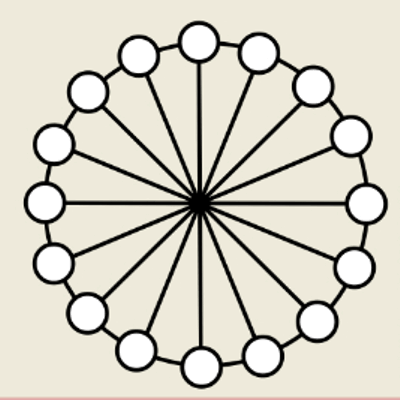 Any two objects like planets or stars are connected by curved spacetime - that's gravity.
If you add more objects and they are swirling around a common center. That means there would be more curve coming from every direction concentrated right in the center of the swirl.

If there is a star near the common center with the massive concentrated omni-directional curve, which way do you think the gravitational pull would be? Toward the massive amount of curve or away from it?

There are supposedly 100 billion stars in the galaxy.
That means there are 100 billion things adding their curve into a common center. There actually doesn't have to be anything there. Galaxies might have what is referred to as a black hole but they can also hold themselves together.
The galactic curve is actually planar not omni-directional so it is even more concentrated then what you were just thinking. 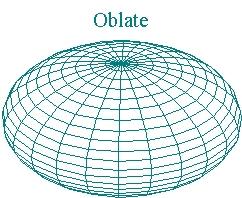 Any light hitting it (from 100 billions stars etc.) would be forced / coerced into traveling around what can be called the event horizon of the curve ball - just like an electrons thread-mesh-type-cage (that's the only place it can travel) there of course would be a build up and the only place to release is at the poles as jets (no extreme curve there). 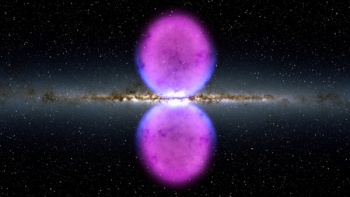 FERMI-MENT FILLER.  Enormous expanding bubbles of ultra-powerful gamma rays, each centered on nothingness, meet at our galaxy’s core, as depicted in this illustration of the Milky Way. Discovered in 2010, the origin of these bubbles remains a complete mystery. -- NASA
Every direction away from the galactic curve ball with even a slight angle above or below the galactic plane contains no stars (or very few).
So, if there are no stars creating a spacetime curve pointing above or below the galaxy: there will be little to no gravity in those directions.
They are release points.

When energy, matter, and space itself are sucked into a black-hole - everything becomes flattened down and unable to vibrate.

The vibrations cannot just stop, they have to transfer-out-of / leave the material they were vibrating in.

Got it? Atoms are mostly empty space and they are loaded with vibrations.

If you squashed an atom down flat (no more empty space) the vibrations would have to leave.
Think of a truck load of guitar strings, they would not be able to vibrate. It would be an inert lump of strings.

So what's happening is the Black Hole or Curve Ball is squeezing the energy out of everything and the jets are the exit (or the drain if you like).

IMPORTANT NOTE: a black hole is an object with mass and an actual shape. So, it is completely surrounded by gravity or curve. If there is a black hole in the center of the galaxy: it will have the same massive amount of gravity in every direction - that includes above and below the galactic plane.
That same spherical all encompassing gravity does NOT happen with a curve ball.
On the sides there would still be the exact same effect as the gravity of a black hole. But, above and below the curve ball there is little to no gravitational attraction. They are matter and energy release points.
The curve ball is the best explanation for jets and Fermi bubbles.

Energy can also be TL = Tension times Length.
Here is a regular thread tension formula...
Tension = velocity squared x mass / Length.
If we plug in c and rearrange we get the one-inch equation...

The threads unit itself would be just the grey threads in the picture (no color and a lot thinner of course).
It would fit perfectly inside of a dodecahedron.
Actual thread length is about one Ångström and it is fine enough where 10 threads (20 radii) could curl-up into the size of a neutron.